Fortoresse is a Flash-based game by Atelier 801 that was released on open beta the 14th of March, 2014[1], and is a remakes of a game named "Forteresse" by Tigrounette on Extinction.fr.

In the game, users have to fight against others while protecting their Flag, VIP, or simply staying alive. If you die, you'll re-spawn in a few seconds (except in Domination maps), but if the enemy team destroys your base / kills your VIP, you'll lose the round.

Fortoresse went through 2 stages before becoming the current iteration (the fortoresse.com version).

Forteresse first appeared as a game type in http://www.extinction.fr/ (which you can still play). It has many major differences, but has the basic ideas of the "modern" version, such as it being a shooter with conj.

Before it was release as it's own game, it was first implemented as a module inside Transformice. This version has some noticeable differences, but once again retained a lot of the core mechanics we have now. Some core differences (compared to V1.36):

The flag
Add a photo to this gallery 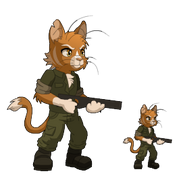 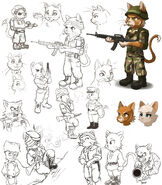 Add a photo to this gallery

Retrieved from "https://fortoresse.fandom.com/wiki/Fortoresse?oldid=7006"
Community content is available under CC-BY-SA unless otherwise noted.